Today it was announced that Governor Wolf has asked Estelle Richman to join the School Reform Commission. Richman would take the seat of Feather Houstoun who recently resigned. In response, the Our City Our Schools campaign released the following statement:

“Estelle Richman has a long history of public service and is certainly a strong choice from Governor Wolf. But there are clear questions that need to be asked of all appointments put forth for the School Reform Commission. Does former secretary Richman support local control of Philadelphia’s schools? Will former secretary Richman commit to vote to abolish the School Reform Commission should she become a commissioner? These are the questions that our Governor and our Mayor should be asking as they choose commissioners. In May 2015, Philadelphia residents made their opinions very clear when over 75% of voters voiced no confidence in the SRC. Will Governor Wolf and Mayor Kenney listen to their constituents?

As Community Rallies, City Council Members and Mayor Face Off Around Local Control of the Schools 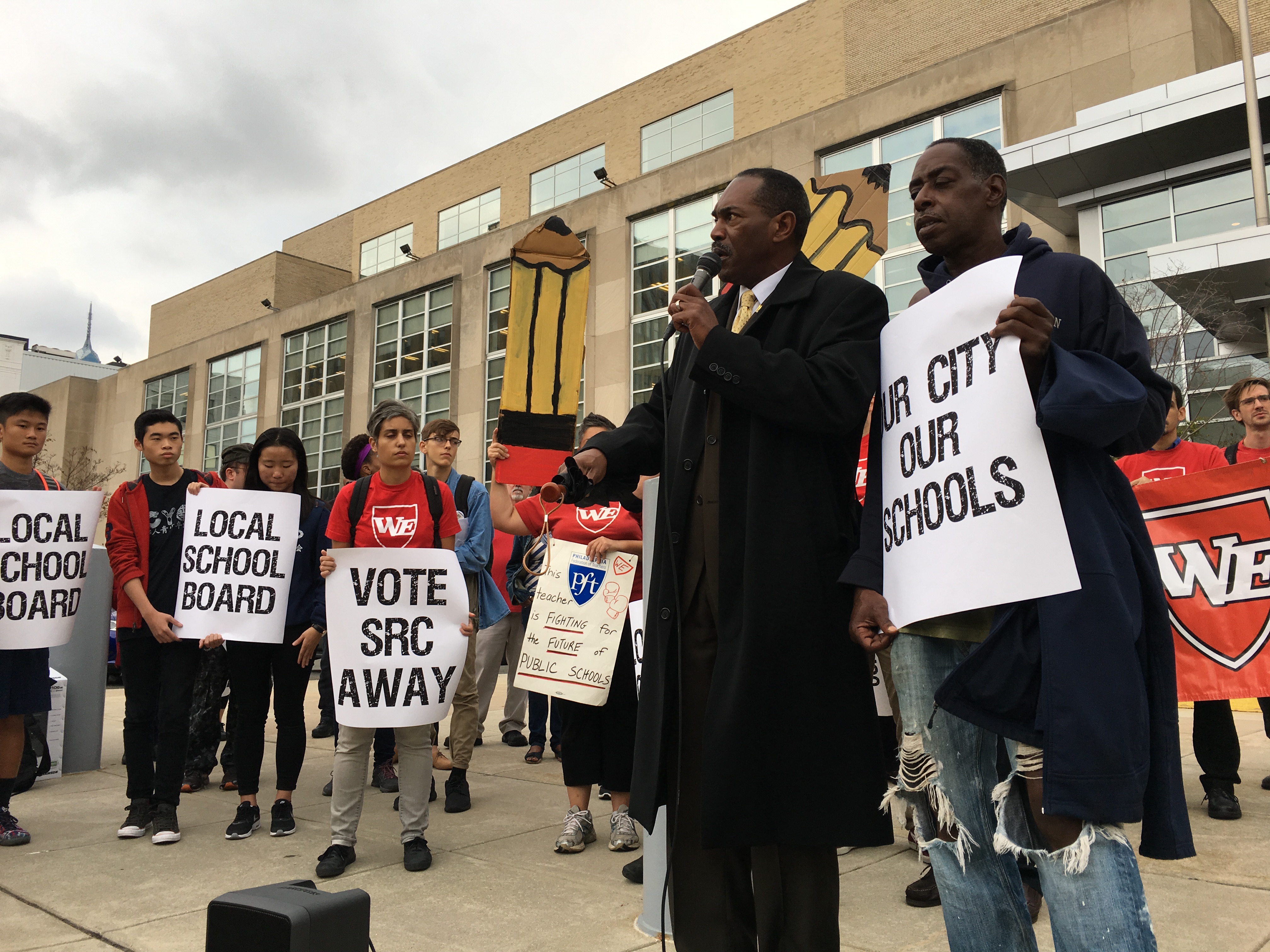 Councilmembers Darrell Clarke, Jannie Blackwell, Helen Gym and Blondell Reynolds-Brown released an editorial calling for abolishment of the SRC in favor of local control. Mayor Kenney released a statement that said that local control was “not practical” at this time.

“We are glad to see leadership from City Council on this matter. For as long as there had been the School Reform Commission, there have been teachers, parents, students and community leaders thinking about what a better system for our schools looks like. That is a conversation we are excited to have — but to have it, we must first abolish the SRC once and for all. This is the moment,” said Antione Little, a member of the Steering Committee of 215 People’s Alliance said on Thursday at the launch of the Our City Our Schools campaign. END_OF_DOCUMENT_TOKEN_TO_BE_REPLACED